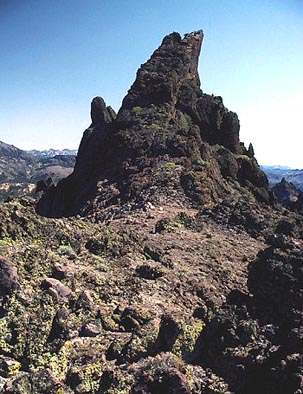 The class 3 summit crag of Reynolds Peak (9,679') marks this less visited highpoint. This view is from its north. Photo taken September 7, 1992. 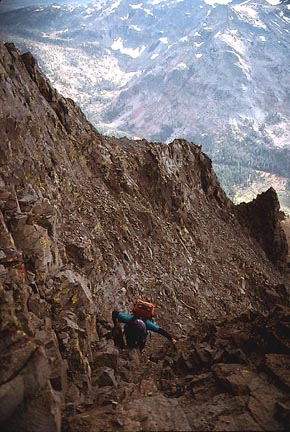 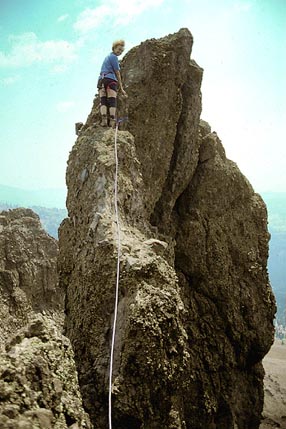 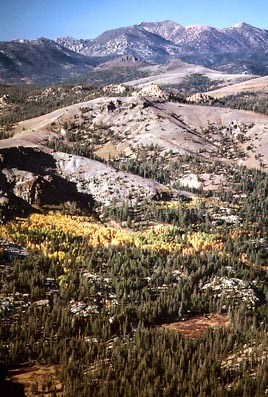 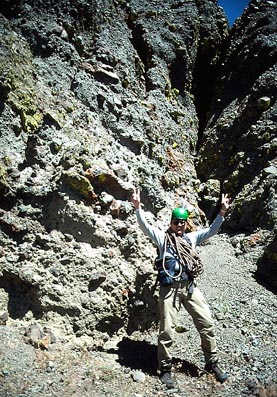 The safe completion of another successful class 4 ascent and downclimb of Da-ek Dow Go-et Mountain (8,990') is a good reason for the victory sign! Here (photo left) is the base of the alcove that starts the easiest way to the top. Photo taken August 29, 1995.

All photos taken by Petesthousandpeaks, except with one, under Pete's direction.