Up at various early times this a.m., I went back to bed, and finally was up at about 4 a.m. I had breakfast, and took off for East Keystone TH. Bagging Thorton Point 47X, I saw many lizards and a bird. Comfortable in my white LW Capilene T and pants, I had the hike all to myself for the duration of the hour. Calm and really nice, I sure enjoy the local peaks and bumps daily.

Going to get a chicken taco, I motored home to enjoy my newly insulated home. It was 99 degrees outside, but with the a/c shut off, the indoor tempertaures were stable at 78.2 degrees at 2 p.m. Doing webwork at the 2014 computer, I corrected an account mistake with auto pay. With water and chocolate almonds, I'd head out for more food, or likely. My flag atop the local highpoint was visible from the roads. I asked for more sections of pole, so it could be truly an 8 foot long flagpole.

Getting a request for my handyperson job offer on social media, I decided to check out the applicant. He claimed to be the head chef at an eatery along South Virginia Street. Going there, I found he had quit, and figured to get some dinner, with shrimp and fries. Checking social media, I had a message from Eric, who figured to bail on his thru hike, due to back pain. As I'm a trail angel, I zoomed south on U. S. 395 to give him a free ride back to his residence in Kings Beach, CA. He was where he said that he'd be, along NV 28 and U. S. 50. I cleared out my passenger seat, and he got in with his backpack in the trunk.

Taking NV 28 northbound, I dropped him off at his employee housing, and waited as he took a quick shower. We then went for pizza, and as I had eaten already, only had one slice. I left the tip, and took him back home. Having to get home, I zoomed over CA 267 to Truckee, CA, where I parked free, as it was past 6 p.m. Busy as it was now a Federal holiday, I stopped for a drink, but they did not serve 0.0. 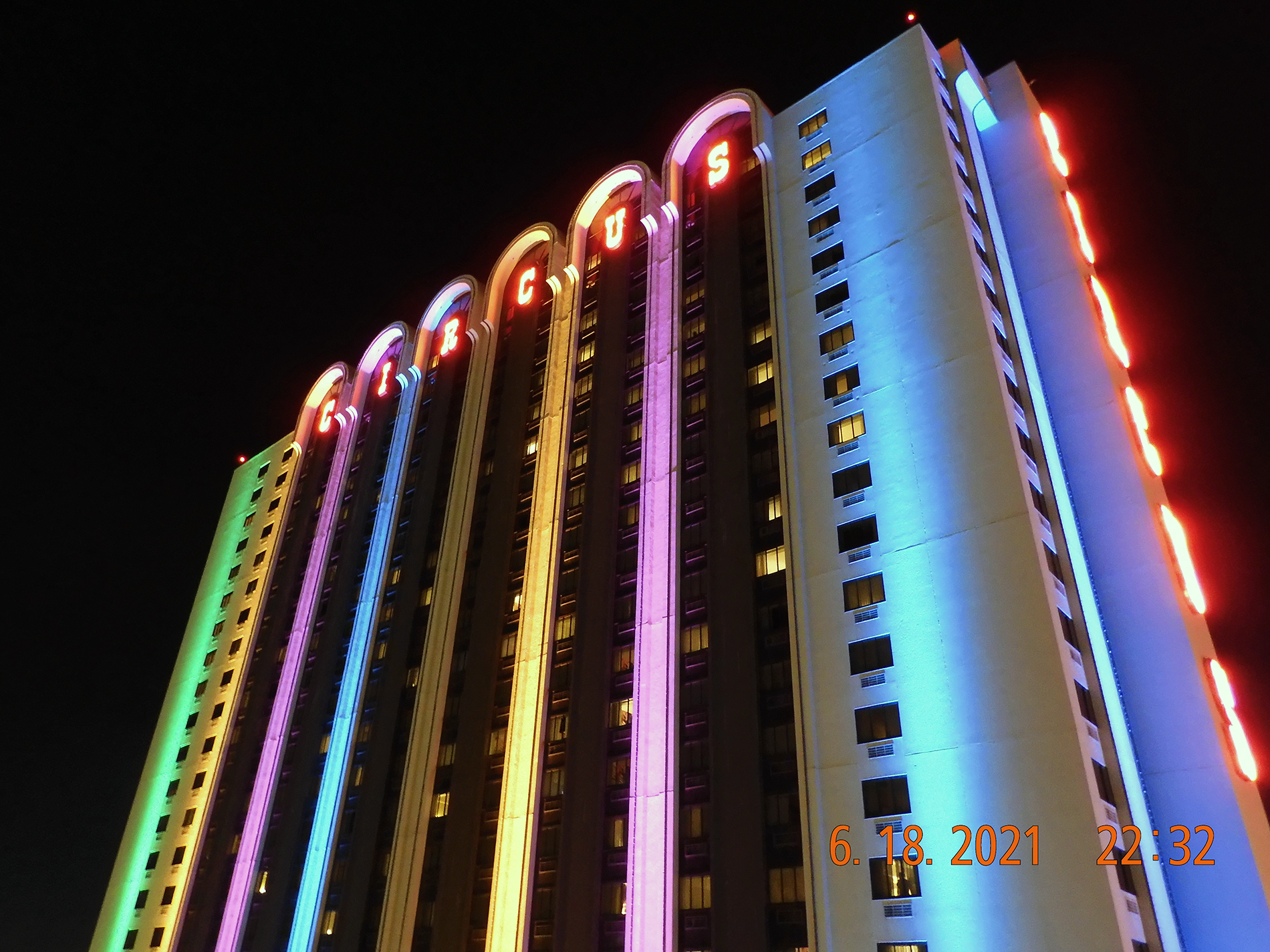 Taking off for the casinos in Reno, I started with photos, as they were busy as well. They also did not serve 0.0, or even Bud Zero. I played a hand of Blackjack, with a minimum bet of $15, and won! Tipping the dealer a $5 chip, I cashed in, and shortly left for home. Excited with a new friend, he works, so can not take a long road trip for all summer. Maybe good for a local peak bag, I offered to teach him rock climbing. He offered to help on my house, with experience at working at heights.

Up past midnight, I am enjoying sticking about town.