At the pass, hikers were waiting for a ride to Kennedy Meadows. They said that they were thru hikers, enroute to Canada. I had thought that hikers wouldn’t do any of this, this year, due to the pandemic. I didn’t see any online vlogs or blogs for the PCT 2020.

Parking, and taking off for my hike, the restroom was locked, so I used my bottles. So familiar sights on the PCT on my hike up, with water at the streams. To get to the turnoff point in some hour and a half, then resting, it was to then take the use trail, with capturing many photos. I lost the trail, the found it again.

To the top, a book had only a tattered plastic baggie for a covering. I took photos of every page, then placed my own register. I captured telephotos of most every peak, as the views were great. Doing a 360 pan, I had finished with the summit.

Back to the car, I had met other backpackers. They stated to also be thru hikers, but two had no vlog. Claiming too much work, they took off heading north.

The car gained some range, as it has good regenerative braking, so on the downhill, it rose in miles available. I took photos of the screen, to compare the range from the Pass to lower down. 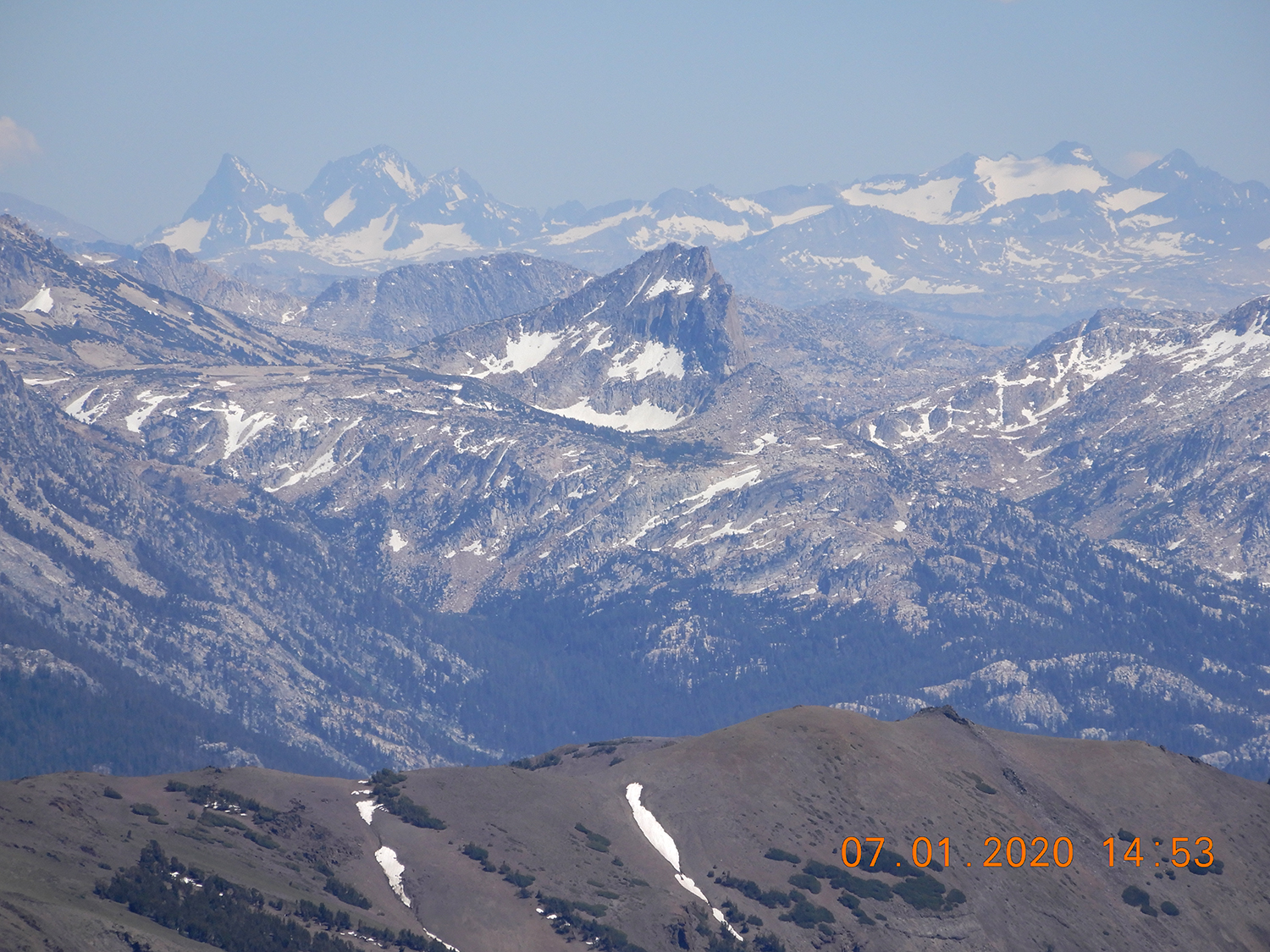 Also, I had stopped for my usual photos of Tower Peak. Zooming north on U. S. 395, I dined at the casino at Topaz Lake, to have a $7.99 steak and eggs meal. Some customers didn’t have any masks, but many did, as it said, “required.”

Headed east, then north, from Holbrook Junction, I did get lost in Smith Valley, as I didn’t use the navigator. Getting this right, I still had enough range to get back home. No good charging ops except for Fernley, but it was out of my way, anyway. I bought some soda at a 2 for $3 deal in Silver Springs, to see that I didn't fall asleep at the wheel.

Back to home safely and successfully, it was another great day. To take care of things at home, then perhaps to be shortly off on a road trip. I have business which I can take care of remotely, and by the online ops of the Net. Great to have made it to the future, but many people hate it. I hike with my PLB and cell phone, so if I need help, I can get some by the miracles of technology.

Capturing many hundreds of photos and movie clips, I used the Nikon for trail video, as I had to shut off the phone due to being over 10,000 feet elevation.