Planning to head for Manhattan, NV, and to lodge in Tonopah, I was going to hit three peaks. Wind and rain were forecast, so at the last moment, I skipped this. I thought of what to do, and it hit me that staying closer to home was a good idea. I still have my gas powered car.

Going to have breakfast, I headed east on U. S. 50. First to stop at Grimes Point. I hiked the benchmark, and saw the register had been signed in by one party, so going back, I saw no one. Other people arrived to the parking lot, and I had a chat with one of them. 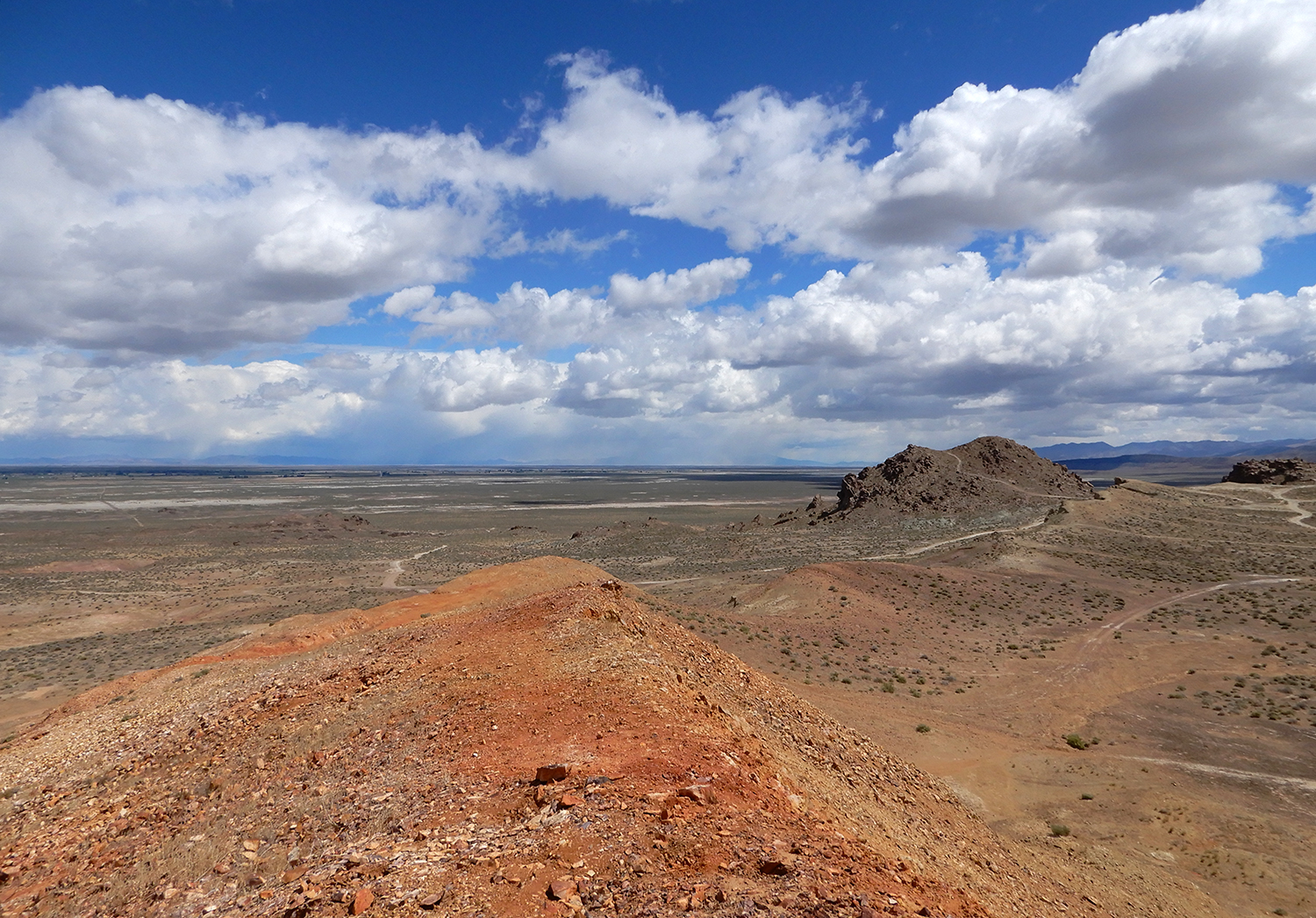 Needing some rocks for my yard, I took off north to the Quarry. Somebody was there, so I headed on, and got the rocks at another location. By chance, headed back, a nice, retired, Navy man told me where to go to get to Wonderstone Mountain.

Checking out the directions, I saw the red hill that is the peak. I had noted the beautiful rocks that they have here, seen online, so I drove as far as I felt safe with the car, and hiked the short distance to the top. I couldn’t resist placing a register. It was windy, and so I was too lazy to get the elevation. Hiking on down back to the car, I saw that the roads were not too bad. 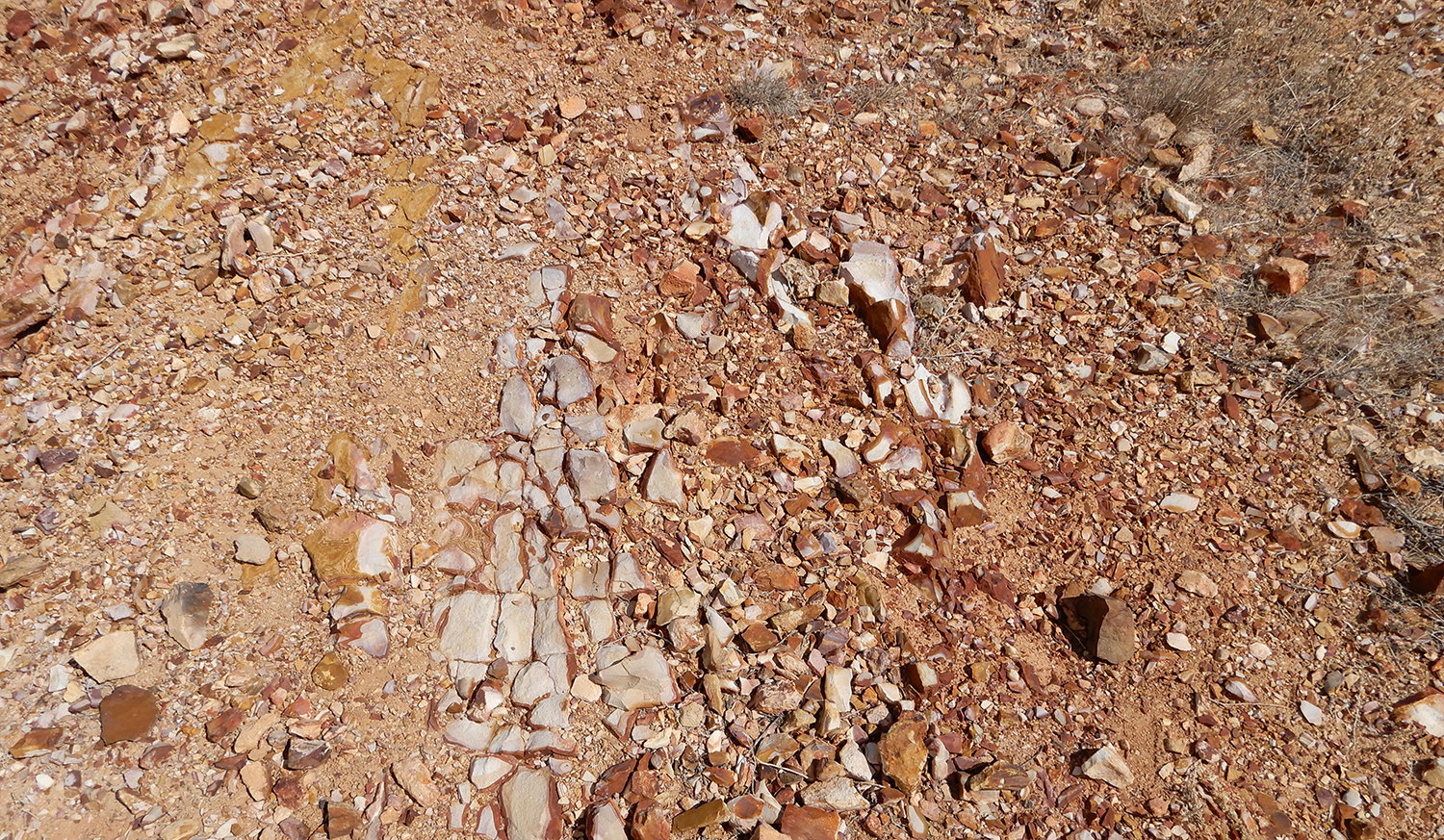 Driving up further, I collected some gorgeous rocks. I saw that other people had taken some, with holes in the ground where they took them. I had a load of rocks in my trunk, with some from two places.

Checking out some eateries on my way home, I got a roast beef/turkey/provolone sub. Home then early, I got to washing the rocks and then to place them in my yard. Doing the 3 miles at the Point, then 0.17 more at the mountain, that’d be some 3+ miles total. I captured hundreds of photos, but only one movie clip (1080p HD, 42 MB, 0:17). It was windy, so I had to decline.

It became cloudy once back at home, so probably no short road trip was a good call. Windy with unusually low temperatures, there could have been lightning.