Seeking some detailing, so my new car is better distinctive, as people do get murdered for being believed that they are thieves or burglars, I had an appointment back in Reno. I had been quoted as some several hundred for applying blue stripes. I’d have to go there and let them see the car, then to be suggested as what to do.

Leaving home, I zoomed out west on U. S. 50, then Interstate 80. My newer 4K dash cam wouldn’t stick to the windshield, so I used the car built-in dash cam. I have a new 32 GB memory stick, so this would do for now. With the view ahead then captured, I made it to the auto detailer. I went for a walk as they would work on it, and toured the nearby concrete store.

With a bakery treat, I walked back to the auto detailer workplace. I had forgotten to give them the PIN to operate the car. They put on a simple, dark blue fender stripe, which cost me only $50. It’s to go on only one side, as they said this is so classic. This took only minutes, and the car was done. I had been quoted $6,500 for a full paint job. So now, my car can hardly be mistaken for someone else’s electric car. Crazy people do kill you, for thinking that you’re stealing their own property. I have the base model, as it’s cheaper, and then common, as far as the color selection. 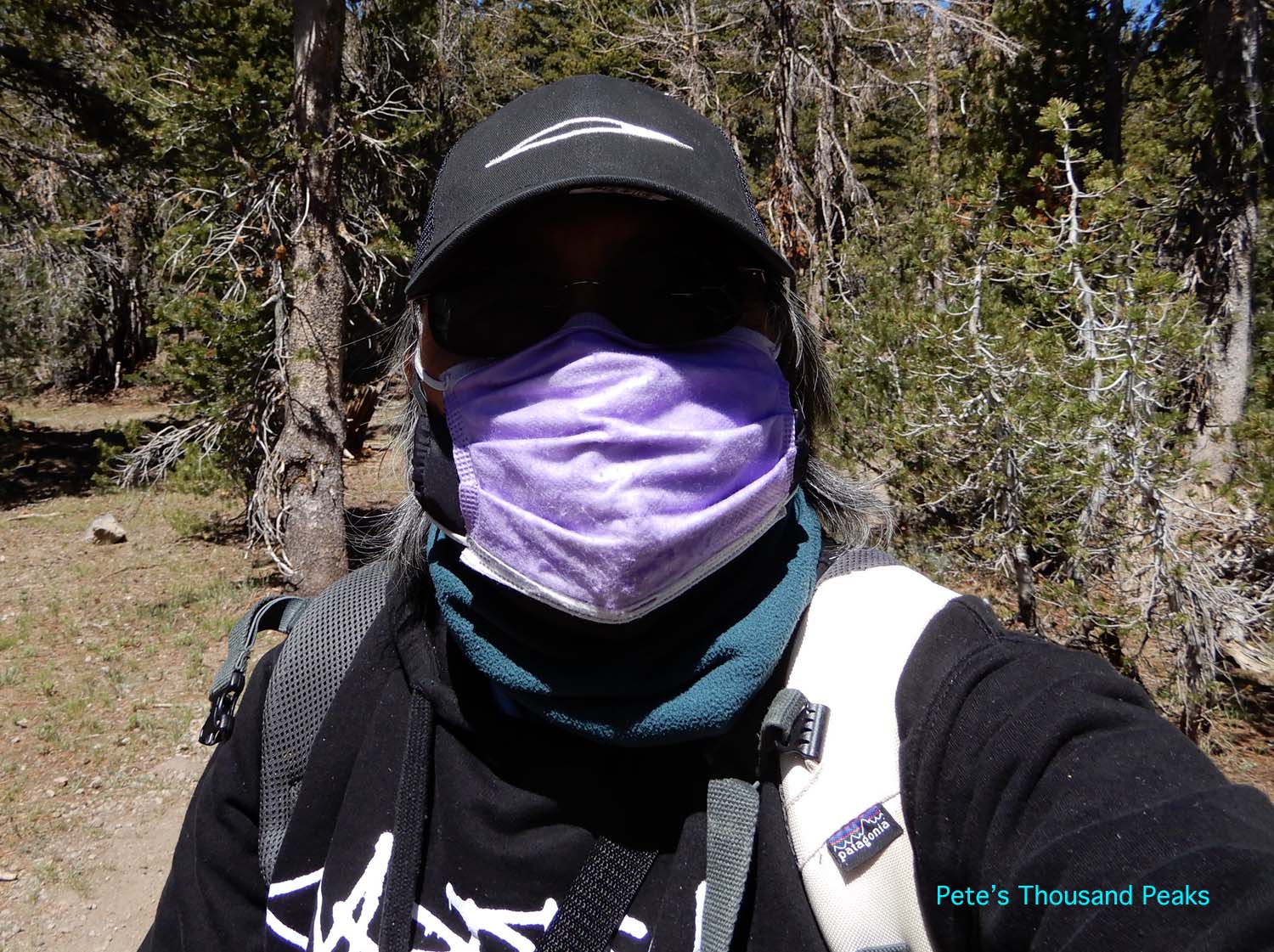 Now with plenty of time, I headed for the Mt. Rose trailhead. I zoomed up the hill, and the car handled beautifully. It took some juice out of the battery, but I’d get that back, going back down the hill, with regenerative braking.

Taking the Tahoe Rim Trail northbound, I climbed the hills on the way to Galena Falls. I didn’t have any canteen of water, so I wouldn’t do the peak. With many other hikers on the trail, I had to step off the trail to let them by. I maintain my safety, but not a single other hiker ever moved aside for me.

To the falls, I had my diet soda, and took many photos and videos. I rested alone, and others kept away, mostly. Going back was worse, as I had to step aside maybe a dozen times. A runner nearly exposed me, as he approached fast, and I had to also run to get off the trail. Me about the only one to wear any mask, I saw that other hikers didn’t care. The stats are that the infections are spiking, worse than ever.

I gained miles on the downhill, so I had plenty of range to get home. I went to a favorite restaurant, to order a shrimp cup and pizza. I could stay away from other people, as the business wasn’t so crowded. I tipped well, as the waiter was friendly. I almost couldn’t finish eating the food, but I did manage to do so.

Heading home, I was falling asleep, as I had gotten up at 3 a.m., so stopped for some energy drink with caffeine. This revived me enough, so I could make the drive home. To the computer, I could only do some downloading, then headed for bed.

The stats for the hike to the falls and back, and the walk back in town, was by the phone workout stats, a total of 6.3 miles today. I lost the Watch stats, as it made an emergency call due to my botched attempt at making a screen shot. This happens when I’m tired, and I have stubby fingers. The 911 dispatcher had to call me back, and I’m so sorry that I wasted their time.

Someone on the Net had said that there was no snow, and so I have proof of their lies. Plenty of disinformation, online, that I seek to correct. Though hikers were getting to the falls, you needed to be careful, as the clearer trail was narrow in spots, and you could slip on mud. So beware of other hikers, as they clearly don’t care. You can be infected, as they refuse social distancing.