With a lifetime of citizenship in the golden state, and near 61 years of virtually continuous residency in the capitol city, it is time to move on. Never-ending, wretched, ops for local rec, compared to how it will be where I’m going, and steadily reducing quality of life force my termination of occupancy. Dramatically improved ops for living, plus incredibly better hiking and skiing, with a far greener lifestyle than allowed here presently, gives me little choice. Hostile hiking clubs, with unbelievably hateful users, to harass and annoy on just about every last sidewalk and trail, also force my hand.

I can’t say that there haven’t been well-meaning professionals, who will continue to enjoy my business given that they have had the wherewithal to expand their range, and I plan to return periodically to patronize those businesses who seek to serve well, rather than those who will nevermore reap my money, being that they don’t want it. 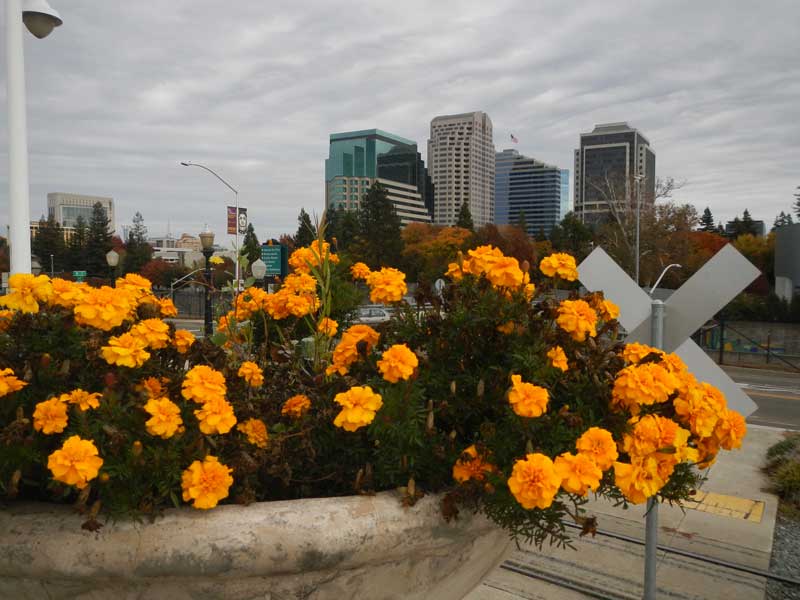 On this cloudy Sunday, I awoke at an early hour. Getting the news, in a way better than ever, and receiving the benefits of the best technology, I loitered at my computer. Seeing the high-res screen, about the best that I have ever seen anything, although there can be improvements, there, I determined that no one would ever again join me on any desert adventures. So be it.

Going out for my daily exercise, it may be the last time that I depart from my apartment without a home that I can call mine, and I started with three apps to record my hiking. Heading for the river, I took what photos of the fall colors under the grey skies. Wet leaves caused some hazard, slippery and moist. Being aging, I have to watch my step. As I feel my mind going, my future is in doubt. No matter how well my financial condition, it is lost without any health.

To the Riverwalk, I took more photos, and panoramas. Appreciating what the builders have done, here, it is a pity that the politicians don’t do as well for the users. Instead of tech civil improvements, the tax money goes to waste, supporting old ways like theaters, commitments to aged infrastructure, and poured into worthless human resources. Rather than so much as a penny going to the smarts, it is dumped hugely on morons. Laws imposed by people who don’t even live here, and would never care about nature and environment, will be left behind. My new beginning remains uncertain, but it’s a cert that it wouldn’t be worse! 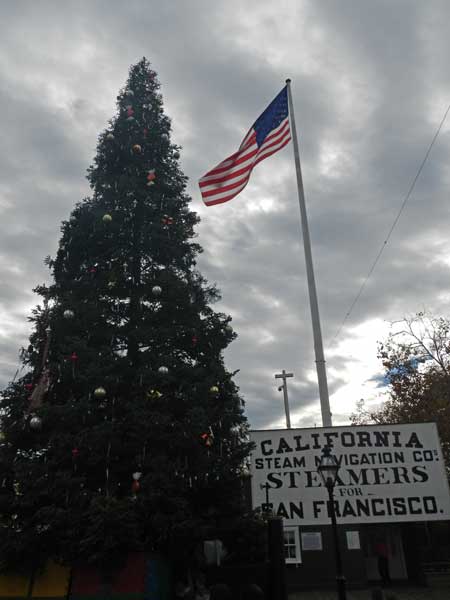 Into the historic portion of the city, I dined well on pork steak. This is one sustainable-supporting eatery that I will return for! Taking more photos as I left, I went under the Interstate, then past the site of the new arena. Should the city gain back its name as the sports capitol of the world, I might consider a return, but the ways of sickness and stupidity dictated by the hiking clubs require their elimination completely. Their philosophy of pollution and lethargy has to go!

Bypassing the library, with no further visitation need by me, given e-papers and online reading, I bought some sugar-free chocolates, from an innovative and aggressive local business seeking to support gourmet tastes in a healthier way. The burgeoning eateries on the Kay, may still gain my money, as other similar servants of fine cuisine. The highly affordable transit ops allow for easy, cheap, and hopefully frequent use. That these are widely disdained, well, that points out the planetary destruction supported by the enviro clubs, and their like-minded agendas on other issues.

Going by the law-making center, I enjoyed the tourist appeals, with the holiday decor, and the fine gardens with the majestic forests that the urban environment allows for. Ending my short jaunt, of which I have had thousands or more, my apps running concurrently showed that I had walked either 6.26, 5.45, or 4.11 miles. Capturing 349 images with no movie clips, I spent 32 dollars on the meal, and an even 7 on the candy. No driving and not one ounce of gas burned, with about zero emissions aside from breathing and all.