It had been a tiring week of acquisitions, tech support, business, and medical. Magnificent new technology had come into my possession, and though there were issues, I deem to keep it all. Dealing with financing, I got several phone calls to inquire about legacy hardware for sale, but all to come to nought.

Sunday, I was up at about 2:45 a.m. Enjoying my devices, I readied to make a trip out to Reno, NV, to take care of some business. If this comes to fruition, will I be riding high on peaks! Leaving home by 5:40 a.m., I headed eastbound on Interstate 80. My dash cam was running fine, and I stopped to get gas at 3.099. 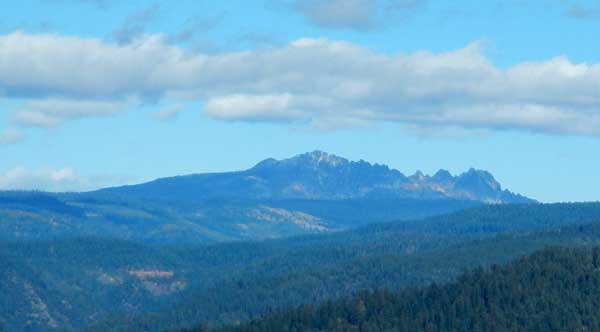 Driving in the dawn light, mists lingered over the hills ahead, and signs warned of slippery roads. The pavement was wet, so I slowed for safety. No ice, but people were zooming by, intent on their getting somewhere. Snow lay along the roadway approaching the summit, and I liked the sight of the sunrise while descending down to Donner Lake. Getting two breakfast sandwiches in Truckee, I rehydrated well, and then was on my way, again.

Making fine time, I came to the exit on U.S. 395 to do an inspection. This didn't take too long, and shortly, I was on my way south, to take Interstate 80 westbound. In the meantime, I thought that I had forgotten my extra memory cards for my dash cam, and not wishing to overwrite my video, got another memory card. One that stores 4 hours of 1080p HD video is cheaper than it cost me in the 1980’s for one roll of 35 mm film!

Seeing that my favorite enviro clothing store wasn’t open yet, I went to Mayberry Park to hike up the nearby hill. Lots of hikers with dogs. With my exercise for the day, I wasn’t finished yet. Taking CA 20 west on coming towards Yuba Gap, I stopped at the Omega Diggins Overlook parking, to take the short trail to the overlook. I did video on my hike, halting it to not intrude on other peoples’ privacy. 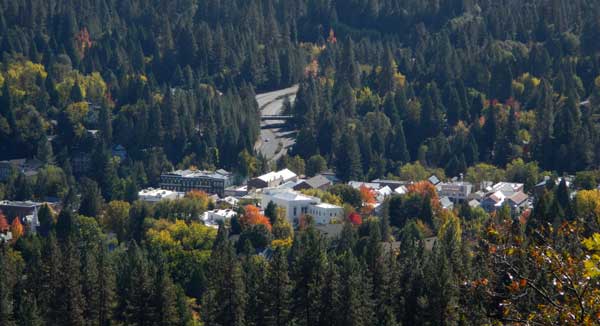 There was another vista point, about the same for views. You can see Sierra Buttes from one. Coming into Nevada City, I looped through the historic district, then to the parking for Sugarloaf Mountain (3,040+'). Doing the hike, I shortly topped out, and did photos and video. Descending, some other hikers were coming up. A beautifully clear day, with clouds, I went to park at the public parking lot, which was free on Sunday. Taking a photo walk, I methodically went down the streets, shooting what was good for subject matter, window displays, and signs. There are nice fall colors, but not many people.

Going for food, I ate some Thai cuisine, and left a nice tip. Outside in their patio, I enjoyed the ambience, then left for home. I thought of a short hike at Hidden Falls, but decided just to get home early, arriving by 5:40 p.m.

The week ahead portends very good things, and potentially more delays. Incredible time consuming ordeals await, and I’d rather be climbing peaks. The Northern Sierra peaks are now mostly snowbound, and few hikers will risk injury by a slip, easy to do by the inept and inexperienced. It may melt, but more precip is forecast, and soon the rains will begin. Without any backcountry ski or even a snowshoe partner for decades now, I expect to sell off my gear. No club is very enthusiastic about winter adventure. While Christmas, tech-wise, has come for me in October, the gift of better sight, and other things, can still happen.