Having done a scouting hike, I scheduled this event in the chapter outings publication. With hardly any calls, as I advertised to call for more details, I was surprised to have maybe 30 participants show up at the meeting place for this hike.

Organizing the details for where to meet, three blonde girls said they would prefer to ride together, with no car. Some guy suggested sex, as they were pretty enough, and even young. I said that I could only take two, as I already had a passenger. Asking him if he would drive these girls, he refused.

Leaving them at the meeting spot, I told them to get a ride, to maybe get there earlier. I zoomed off with my passenger, a life member by him. I knew they would not like it, if he did not get his way. To the Lower Cache Creek Canyon parking area, I gained some more participants. The restrooms were locked, so with no place to go, I advised some girl with her urgent need, to talk to her carpool driver. He appeared to shake his head no, and I told her of an outhouse further along the trail. She had asked for me to get a $100 hotel room, so she could use the bathroom.

I had a hike to lead, so on getting to this outhouse, she entered, and I warned of the black widow spider, which I had seen on a previous hike here. With cobwebs all over the stall, she then exited the outhouse, and apparently refused to use it. Later, on the return, I noted some girl with soiled panties pulled up and out, so highly visible.

As teaching how to dig a cathole was considered training, and therefore disallowed by outings brass, I started the hike. The recently built trail was followed, with perhaps one Asian girl looking to not understand English. As the hikers got up to a rest stop, we had done this all safely.

The trail had not been completed, with brush to block continuation. I had scouted the way, so led the group directly up a steep brushy hillside. There were toyon, with berries which people started to pick and then eat. I advised that they are poisonous, but they refused to listen. Also to warn of rattlesnakes, and not to stick fingers down holes. I saw one do this exactly, and knowing the peak section chair, I think that he had ordered, whatever that I'd say to do, to do exactly the opposite.

Getting the drift that they were under his orders, so I got the group to the top of what I called North Point, shy 20 minutes of what is now Fiske. Resting on warm rocks in the sun, as I advertised, hikers were eating lunch. A few hikers had neither packs or water, let alone food. Unlike other leaders, I do not disallow them, as hikers can complete the climb, with carrying nothing.

One appeared to be exhausted, and looked to be asking other hikers for water and food. She made a big mistake to tag along without food or water.

Classed as a 2B hike, so it was. Some hikers later said an a** kicker, of a hike. A coworker from my job had attended, and as it was steep, he was going to turn back, but I encouraged him on. Also the Asian girl wanted to stop as we left the trail. I left her with directions to wait there and not go off to somewhere else.

With all of those who wanted the top, we had drink and food. With looking like beginners, one girl looked to ask others for water, as dehydration is common. I had suggested at the trail start of other experienced hikers with packs. The one girl may have said to my suggestion to have a pack with water and food, "I'll be the judge of that". She being stupid, refusing my then experience, so she may have suffered. 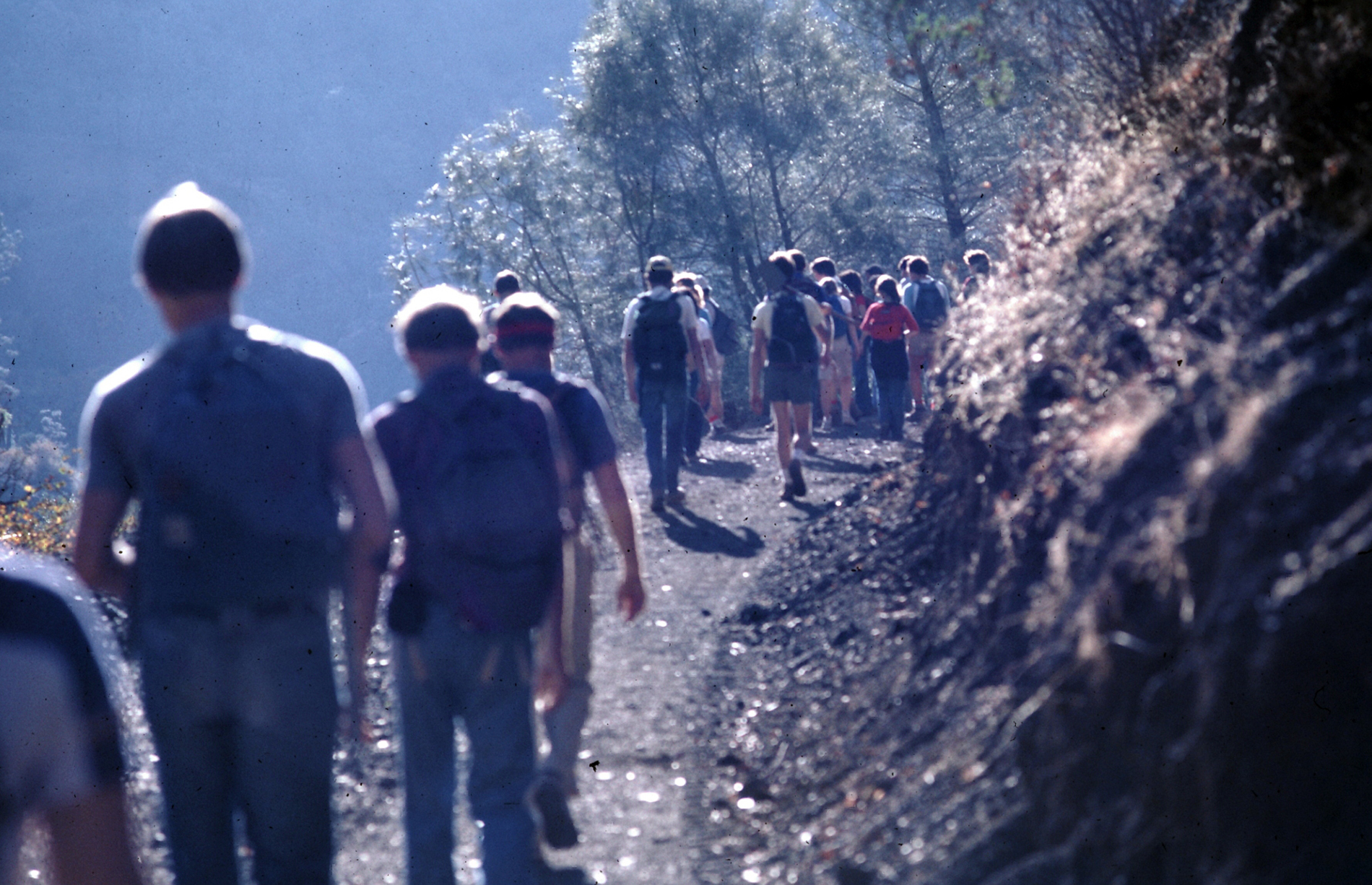 We then started down, and I picked up the waiting girl, and with so many hikers, asked for a count off. Then some guy who looked like top brass for the chapter, demanded the sign-in sheet, where I had been refused the regular sign-in book. Being a direct order, I handed it over. Aware of attractive women who signed up with perhaps their addresses and phone numbers, I knew that this was also attended by many Singles Section hikers. People with lust on their minds, do get elected. I get calls, asking for girls' numbers. I just pass on their requests to what number that I have for what name, to call the number they give me, so privacy is respected.

Aware then of reports of strange calls to many participants, and the lustful ways of the top brass, so is the policy of this chapter.

As far as I know, we all got back safely. Some cars had taken off, before I could discern the riders and drivers. As hikers had gone ahead, with the usual trail anarchy, I was unable to keep a good count or track of 30+ people.

Also, as we had lunch on the summit, a hiker asked about throwing away his food garbage. I said to not do that, whereby many of them promptly threw their garbage into the chaparral. Being that the chapter votes for litterers, and is run by top brass who does not have any problem with hikers to do as they will, so garbage gets disposed of, even in pristine wilderness.

I advised to peel oranges beforehand, so no peels to have to dispose of. Also to slice up apples, and to pack out the seeds, instead of throwing away the uneaten cores. The seeds contain cyanide, and birds and other wildlife may eat them, so animals get sick with such garbage.

Sadly I was banned, with the new peak chairs saying that garbage hurts your back and smells, so to get rid of it even atop wild peak summits. On my holiday lead in 1986, one hiker did this exactly. Him claiming to be a Ph.D and government brass, then put in charge by this chapter, so they may still go on even to this day.

I get offers to attend private trips, with endangered species stomp outs. To get rid of rare plants seems to be the intent of some in charge of their own trips. As I report on flora and fauna, some Club people with malicious intent are so informed. Because by them, environment causes unemployment, so they go.

As an advisory, as to the people who attend such trips and are supportive of the Club, one hiker complained that they were all white, so why do they have to have an Asian leader? I invite everybody, and that only white hikers show up, I do not force people to go on my trips. I volunteer at my own cost, and hikers are free to never attend. So banned in 1987, so they go.